Monty Russell sports an unintentional $1000 beard he began growing in 2010 after a friend bet him he wouldn’t go a year without shaving or trimming. Having won the bet, Monty collected 1k in one dollar bills in a brand new alligator briefcase while playing at his friend’s birthday party. After friends consigned a bearded Russell logo for t-shirts at the party, the beard became a lasting fixture.

The funky title track, “Fat Man” explores the Louis Armstrong philosophy that you may not get rich playing music, but you will always be provided with everything you need. “Nothing But Love for You,” co-written with General Patterson, James Cook, and Chris Canterbury, was born out of the recent political climate that has divided the country along party lines and implores listeners to love one another despite political stances. “Shake Back Baby” begs a co-dependent lover to open their eyes and escape the drug fueled situation, while “Hold Out For Love” is a slow dancing swamp pop message to wait for the right one and the right reasons.

“Cowboy Cadillac” is the result of Monty’s admiration of the late great Gatemouth Brown, who never let anyone confine his music to a genre. Althouh Monty saw Brown play dozens of times, the most memorable was while Russell was on crutches after a football injury. In the Louisiana summer of 1979, Russell hobbled over two miles of hot asphalt to see Gatemouth play on the side of Lake Darbonne’s Folly Beach. Upon seeing Monty struggling through the sandy beach on crutches, Brown prepared Monty a backstage picnic table. Following each song, Brown would turn to Monty and say “How you like that young man?” The song came to fruition as a result of intense study of Brown’s 2001 release “Back to Bogalusa” which shows the Stetsoned hatted Brown entering his big finned Cadillac, the same year and model Caddy Russell owns and is
restoring.

“Parish Pea Farm.” co-written with Louisiana gospel sensation Bradley Bridges. is a plea to an errant friend to sober up, act right and learn a lesson from incarceration. “Joy You Bring,” co-penned by Bridges and Canterbury, is an exercise in all things that provide Joy. “The Way You just Kissed Me” describes the magical moment when two people connect with a first kiss.

The sole cover on the record “First You Cry” was best known around the country as a Percy Sledge hit, the song was composed by David Egan and Buddy Flett of Shreveport, both members of the great Louisiana band A-TRAIN. The song was selected as a tribute to Egan, who had passed away not long before the session, and out of respect for Flett, both of which Russell had played with and admired for years. Russell used to run sound for bands in a Grambling LA club called Fatty’s when he was still in high school. Although too young to be in the club, and he remembers both Egan and Flett in A-Train playing on the slab of Fatty’s after it had burned to ground. At the tracking session, with Russell, Cook, Cohen, and Mixon, the band was moved to tears in remembrance of Egan.

Russell is also the co-host of the “The Roadhouse,” a wildly popular Americana “Y’allternative” radio program in is 21st season on KXKZ 107.5, a 100,000 watt station based in Ruston, LA. He has also produced hundreds of concerts, festivals, and events over the past twenty five years, including a run of highly successful productions at Rabb’s Steakhouse, a 3000 capacity venue in Ruston LA from 1999 to 2006. He continues to produce and promote contracted events. After having been taught to accompany himself by sliding a knife blade over an open E tuned guitar at the age of 8, and having been immersed throughout his youth with the honky-tonk, gospel, western swing, and blues music played by his Grandfather Leon Russell (not the famous one), a rural self-taught barrelhouse piano player, guitarist, and fiddler, Monty set out on a
musical journey that has lasted over 30 years. Since the mid 1990’s, he has played over 200 dates each year in theatres, listening rooms, festivals, honky-tonks, churches, and any other place people listen to music. In the last few years, Monty has produced debut albums for several Northern Louisiana artists such as Bethany Raybourn, Bradley Bridges, Wade Reeves, Chris Canterbury, Bo Smith, Dave P Moore, Beaux Atkins, and Victor Abendeno, all who have received widespread radio play and are now touring throughout the south to support these albums. He also will release a compilation of songs from the artists he has produced as well as unreleased tracks from his recent sessions on his LA 818 label. An album of new Russell tunes will also drop in Fall 2022. 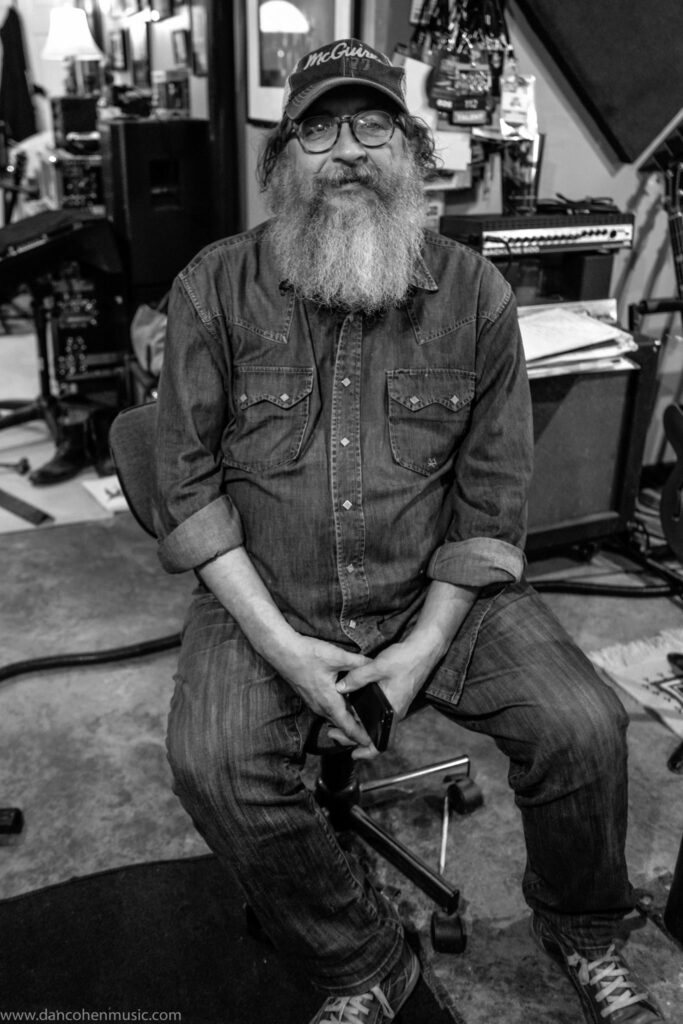